In the four years that the Khmer Rouge ruled Cambodia, it was responsible for one of the worst mass killings of the 20th Century.

The brutal regime, in power from 1975-1979, claimed the lives of up to two million people.

Under the Marxist leader Pol Pot, the Khmer Rouge tried to take Cambodia back to the Middle Ages, forcing millions of people from the cities to work on communal farms in the countryside.

But this dramatic attempt at social engineering had a terrible cost. Whole families died from execution, starvation, disease and overwork. 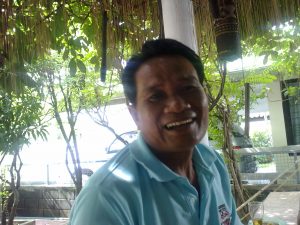 A young man that lost his entire family, but was able to escape to Thailand … Johnny’s Grandfather